The Colca Canyon is considered the deepest canyon of the world, which is more than twice as deep as the Grand Canyon in Colorado. This beautiful landscape is home to the Andean Condor which is a frequent attraction for visitors who watch the condors soar through the air hunting for food. This impressive Canyon was created by the Colca River which starts at Nevado Ampato, an extinct volcano, with a vertical rise of 20,630 feet. The Colca Canyon is now one of the Seven Natural Wonders of the World for its astounding scenic beauty. 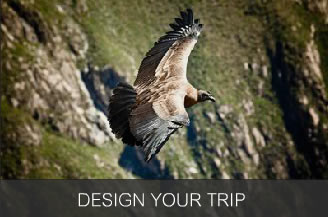 A journey to the Colca valley will take you through high Andean plateau, which offers fine views of the Volcanoes of Arequipa. Along the way visitors can see herds of Vicuñas and various types of birds, of which stand out the giant hummingbirds, eagles, gooses and the mighty Andean Condor.

The Canyon is home to the Andean Condor, specie that has been the focus of worldwide conservation efforts. The condors can be seen at close range as they fly past the canyon walls and are a popular attraction.

END_OF_DOCUMENT_TOKEN_TO_BE_REPLACED

Joe and I want to specifically thank you for arranging our visit to Cusco and the Sacred Valley. Not sure who in the company did what, but the graciousness of you, your family, and your Peruvian Odyssey Tour Company was greatly appreciated by us and Melissa and Dennis. Everything… END_OF_DOCUMENT_TOKEN_TO_BE_REPLACED

Michel – thank you so much for your efforts and those of your staff and guides. We had an amazing time visiting your country and learning and experiencing many new and wonderful things. We particularly appreciated the opportunity to meet with the family in the highlands and spend… END_OF_DOCUMENT_TOKEN_TO_BE_REPLACED

We thoroughly enjoyed our 16-day vacation trip that Peruvian Odyssey and both of you so ably helped us plan for this past summer. Your company and its representatives, guides, and drivers expended extensive efforts to help us tailor the itinerary to our particular interests in ar… END_OF_DOCUMENT_TOKEN_TO_BE_REPLACED

We arrived at home last night – safely and full of wonderful memories. We are remembering all the special things your company did to make our trip such an amazing adventure. Thank you, thank you for a perfect trip and such special memories! And please thank all the people w… END_OF_DOCUMENT_TOKEN_TO_BE_REPLACED

Your tour company, Peruvian Odyssey, took care of us from the moment we arrived to the moment we left. We were pampered, expertly guided, watched over and treated like VIPs the entire time. It will be hard to take another tour in other countries (do you offer tours in other coun… END_OF_DOCUMENT_TOKEN_TO_BE_REPLACED