The Coast is predominantly arid and mild, the Andean region is temperate to cold and the eastern Rainforest lowlands are tropically warm and humid. On the desert Coast, summer (Dec – Apr) is hot and dry, with temperatures reaching 77°-95°F (25° – 35°C) or more along the north coast. In winter (May – Oct), temperatures are much milder, though with high humidity.

Though the Amazon jungle is consistently humid and tropical, with significant rainfall year-round, it experiences two clearly different seasons as well. During the dry season (May – Oct), temperatures reach 86° – 100°F (30° – 35°C) during the day. 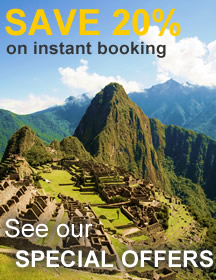